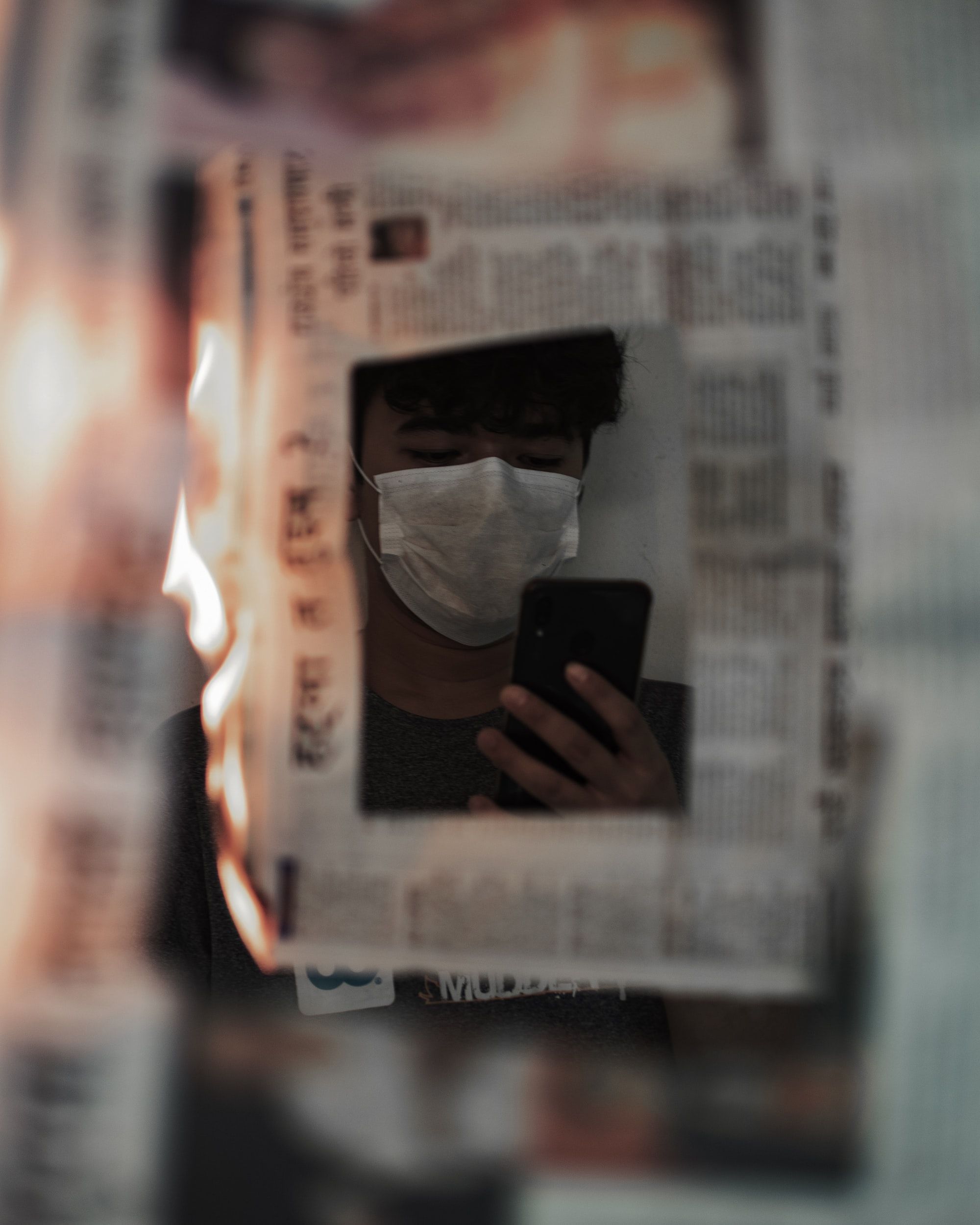 The Significance of Dalit-driven Media in Nepal 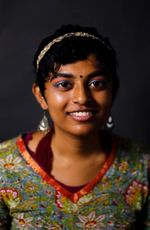 Despite comprising 13.6 percent of Nepal’s total population, the representation of Dalit people in government, education, media, and history is still negligible and often overlooked. The socio-political consciousness that bloomed over the 1990s is the foundation that Nepal’s current state of caste issues is built on. This foundation, often called the ‘Second Democratic Era’ encapsulated Nepal’s establishment as a new democracy, where freedom of expression and right to assembly led to the formation of at least 20 new organisations, NGOs, collectives and committees; all focused on ‘Dalit issues’.

While most of these organizations work in development, advocacy, empowerment initiatives, training community leaders, and awareness raising, there are a few that combine typical NGO activities with a focus directly on research and media.

The Dalit communities in Nepal are some of the hardest hit by events like 2015’s Earthquake and now the ongoing pandemic. To this end, the limitations and biases of mainstream institutions, are some of the reasons that Dalit-run and anticaste organisations go the extra mile in dealing with COVID-19 efforts.

Independent Dalit-led  organisations are dealing with all the ancient systemic issues that inform their normal operations (or uphill struggles), but they have all still risen to meet the extraneous pressure that the pandemic and lockdowns have proven to be.

J. B Biswokarma, Chairperson of the Dignity Initiative, is a researcher, social theorist, and Dalit community leader who has written several studies detailing various aspects of marginalised communities in Nepal. The Dignity Initiative aims to empower Dalit communities with a two-pronged approach through entrepreneurship development and knowledge production. They write policy papers on media representation and, on occasion, consult on the same for mainstream media outlets.

Additionally, by publishing books and newsletters, providing training, awarding research scholarships, setting up funds, and organising regular discussion sessions, the Dignity Initiative aims to engage in “challenging the dominant narrative in Nepal,” creating a new public discourse in the process.

“So, we have been trying to produce academic knowledge that would be used by the universities...and enter into the universities and make a difference, right? There should be some people who teach in university and even in school, because if there was representation of members from our own community, they could represent  the history of suppression, the history of the struggle and so on. So, our idea is like, we should start a kind of academic-activism and contribute to the movement through producing knowledge...” Biswokarma said.

Of course, the ‘activism’ part of this effort requires some amount of on-the-ground work, and perhaps a shift from the ivory towers of academia and scholarship, but without leaving behind its focus and rigour.

The Dignity Initiative is not alone in its efforts in Nepal. The Samata Foundation, the Jagaran Media Centre, and Dalit Reader are other organizations that are working to broaden the Nepali media horizon.

“We are trying to produce new knowledge,” emphasises Pradip Pariyar, Executive Chair of the Samata Foundation. The 11-year-old NGO aims to establish itself as a Dalit thinktank and data bank of research on marginalised communities by scholars from the aforementioned communities, as well as for Nepali lawmakers to potentially draw from when writing public policy.

So far, they have published a small but diverse roster of policy papers, translated anti-caste texts, fiction books, and research studies in both English and Nepali.

However, producing knowledge is not the same as disseminating it. Representation in academia and policymaking is as important as representation in the media. In Nepal, in terms of who owns the media, who facilitates the information shared, and the actual content that ends up being published still lacks both quantity and quality of representation of marginalised groups, especially Dalits.

It is this structural lack of representation that led to the formation of the Jagaran Media Centre (JMC) in 2000. JMC calls itself a “media alliance against caste-based discrimination.”‘Jagaran’ in Nepali means “awareness or waking up,” according to Rem Bahadur B.K, JMC’s current Chairperson.

JMC is an independent initiative that prioritises the hiring and training of Dalit journalists and media professionals. It coordinates the production of no less than five radio programs that are broadcast across multiple Nepali districts and form ‘bridges’ into the local communities in the forms of self-sustaining listener clubs, discussions, and street theatre groups. It also maintains a physical library called the ‘Dalit Research and Resource’ – the first of its kind in Nepal.

The niche that JMC fills as an independent media company is essential and unique because while Dalit journalists and Dalit media-professionals are important, the necessity of Dalits (and really any marginalised identity) in executive and decision-making positions in the industry is vital.

Data broken down according to gender, caste, and ethnicity is not available in terms of working in the media, not to mention social groups like Madhesis, Adivasi Janajatis, and religious minorities. However, anecdotal evidence strongly suggests that there are significantly less journalists from excluded and marginalised groups present in Nepali media. Barriers of tradition and privilege as well as that of language stand in the way because despite there being around 261 languages spoken in Nepal, most media in the country uses Nepali.

Another dimension of dissemination is access to media, and inaccessibility is a major issue for marginalised communities in Nepal. Women, senior citizens, Madhesis, people who aren’t literate, Terai Dalits, religious minorities, and Adivasi Janajati make up some of the groups that lag considerably behind.

Radio, as opposed to television and the internet, is one of the most accessible forms of communication, and JMC makes full use of that in their decades-long efforts to train community radio reporters. They have formalised their process by providing a ‘JMC Journalism Training’ course and have helped Dalit youth break into mainstream Nepali media. The overarching purpose of the program, and the organisation as a whole, is best summed up as an active well-established effort to improve the quantity and quality of media coverage on Dalit issues.

Ever since the onset of the COVID-19 pandemic, Samata Foundation has channeled some of their efforts towards a pandemic response campaign consisting of infographic posters, PSA videos for television, and radio jingles in Maithili and Bhojpuri.

“This is not our work but we’re trying to, with some local organisations, give some relief and do humanitarian work” says Pariyar.

The foundation is also paying for their grassroots workers to have mobile data, because the most marginalised communities in Nepal (namely Dalits, migrant workers, and religious and caste-oppressed minorities) have little to no access to communication technology.

Public emergencies like COVID-19 come down hard on everyone, but leave marginalised communities even more excruciatingly vulnerable and exacerbate the fissures and flaws of everyday society. Even a global pandemic has not prevented corruption, bureaucratic inefficiency, or caste-based atrocities. At the time that The Blueprint spoke to Pariyar, the Samata Foundation has already helped file six cases of caste discrimination that occurred during the lockdown period.

“Where’s humanity? That is a great question for all of us right now,” Pariyar said.

In the same way, the JMC’s formidable grassroots network that reaches instances of caste atrocities and discrimination to the press has been running throughout the pandemic. Even despite the rigidity of the lockdown measures, there are quite a few Dalit activists and community leaders trying to make sure that Dalit issues are not glossed over or forgotten as they so often are during public emergencies and natural disasters.

In light of the current circumstances apart from transitioning online, most of these organisations are trying their best to if not intervene on the grassroots level with aid, at least to make sure information is both being delivered and broadcasted.

But knowledge production, with or without a pandemic, is not the only important thing in Dalit communities.

“In my own experience what I found is that there's very few intellectuals in Nepal, from our communities, that can speak on specific issues. And we work together, we can go together, that's how we have been cooperating and supporting to be able to build experts from our community in particular, specific issues,” admits Biswokarma about the work he and his academicaly minded Dalit peers try to do together.

Peers like Dhana Kumari Sunar, the current Vice President of Dalit Reader, a regular contributor at the Naya Patrika, and an anthropology PhD scholar at Tribhuvan University. Sunar is firm on the stance of marginalised communities and the need for them to create their own experts about the issues they face.

As an ardent Marxist-Dalit activist with 35 years of experience, and a former commissioner of the National Women’s Commission, Sunar’s grasp of Nepali socio-politics gives her an excellent perspective on the myriad ways that expertise on marginalised communities is essential for both subaltern and dominant discourse.

“I belong with [the] Dalit community … this was my passion and duty first …,” she said. This is what motivates her to keep working and holding the state to account.

According to Nisha Rai Kassell, the current Media and Gender & Social Inclusion expert at the Centre for Dalit Women, Nepali journalism is primarily centered on electoral politics, and on government press releases taken at face value. In her view, the niche filled by independent media organisations and publications is narrative-driven, people-oriented, and publicly minded reporting. While there do seem to be quite a few non-Dalit initiatives trying to put out work that follows these principles, some of the flaws of Nepali media are glaring in terms of representing Dalit issues.

'We don’t have media … we need our own media established by the community.'

Kassell, herself an experienced journalist, concurs with Bisokarma’s finidngs in that, when reporting Dalit issues, Nepali media tends to overrepresent narratives of poverty, disempowerment, and helplessness.

For this reason, both the Samata Foundation (although a tad informally) and the JMC explicitly perform “media monitoring” throughout the year for stories in mainstream media about and by Dalits.

“If something happens [a crime], it is pointed out if it was a Dalit who did it but if the same thing happens with a Brahmin, his profession is printed out,” according to Pariyar, which is undoubtedly a well-established point of contention.

Pariyar also spoke of a similar idea drawn from a Nepali turn of phrase when discussing the way that Dalits, even amongst themselves, acted out the practices of casteism —  specifically about the schism in status between Pahadi (Hill) Dalits and Madhesi Dalits.

“Manavia Karan” he said, and is empathetic as he quickly translates the term – “we are not humanising them.”

It is undeniable that Dalits in Nepal are underrepresented in positions of power and, to a large extent, lack the socioeconomic power to effect substantive change in their communities’ conditions. The barriers they face are overarching.

“We [Dalits] don’t have any control in implementation” says Pariyar.

But he sees this reality as one that can be combated and changed by raising awareness and consciousness, and believes that the media is the most effective platform through which to do so.

“We don’t have media … we need our own media established by the community,” says Bahadur B. K, — this is what the JMC has been trying to establish for the past decade. And while Dalit Reader is not strictly a Dalit media organisation, the team works to guide people from the communities in expressing themselves as they desire, and then tries to make those expressions public as part of a larger movement.

In the same way, the Samata Foundation, the Dignity Initiative and JMC have also been working to further the cause through their prolific amounts of research and policy. They intend it for policymakers and what Pariyar terms as the “interested public,” - but those are their secondary audiences.

“Primarily, we want to create a mass, a critical mass of young Dalits, and that is our audience,” concludes Biswokarma.