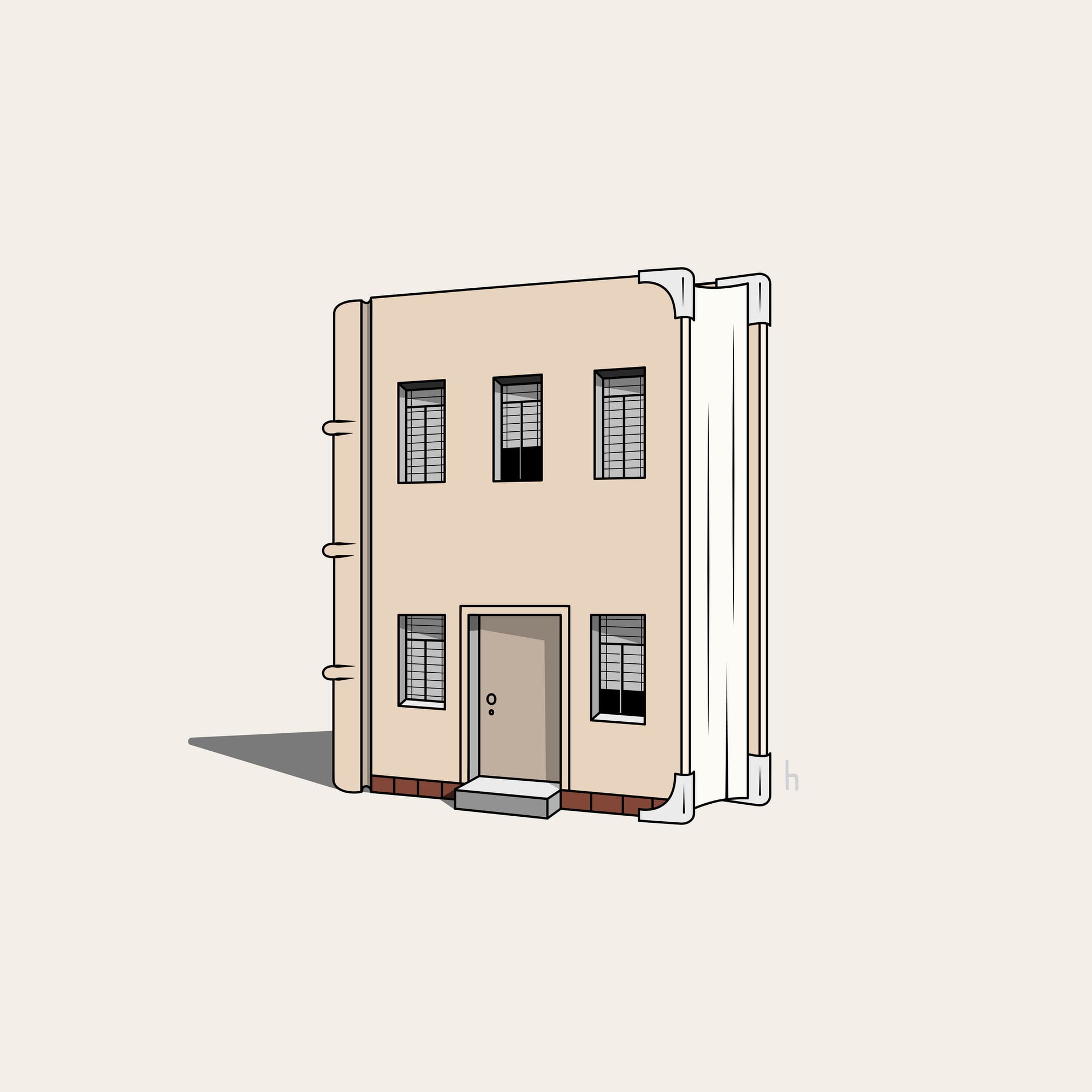 Image via Unsplash
Immigration14 May 2020 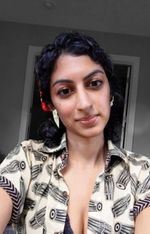 Maryam Uddin, 33, a resident of Jamaica, Queens, is not paying rent this month for the first time in over twenty years. She can’t afford to. Uddin has lost her job working as a clerk at an office, her usual grocery stores have raised their prices, and she is undocumented, so she will not be recieving a stimulus check from the government’s $2.2 trillion Coronavirus Aid, Relief, and Economic Security (CARES) Act. The $1,200 would not have been much help anyway, she explains. She pays $1,845 for her single bedroom apartment.

Uddin tells me that she’s far from the only person in her building who can’t pay rent, explaining that even those who have received stimulus checks have been forced to choose between rent, food, or their health. Unemployment applications are backed up and will take a long time to process; many tenants are immigrants and don’t trust the government; others don’t speak English and can’t access resources.

And so, Uddin is convincing the roughly 300 people in her apartment complex to join her in a rent strike.

“These are mostly Bangladeshis, they are taxi drivers for yellow cabs, or Uber drivers, and they don’t want to go out and get sick,” Uddin said. “Other workers make money on an hourly basis. Many are laid off. We have many senior citizens over 60. Many people have coronavirus and need to save money.”

The pandemic has brought grief, but it has also brought fortification, explains Uddin. Uddin, who immigrated to New York from Bangladesh in 1999, explains that she no longer experiences some of the fears shared by her South Asian neighbors, who fear that they are too alien to the U.S. to ask for more, that fighting for justice might make precarious situations even more shaky, that they are supposed to be civil and composed in order to be accepted. The urgency of the moment has undone all worries — for many, there is no option but to strike. Uddin has been working with rent advocacy NGO Chhaya and knows it all — the rights of New York’s renters, what landlords are and aren’t allowed to do, and how to successfully organize a rent strike in a situation when no one can leave their homes.

Like Uddin, millions across the country — an estimated 31 percent of tenants — are struggling to pay rent. Roughly 30 million people have filed for unemployment as of April 30th, 2020. In 2018, 25 percent of the nation’s 44 million renters paid over half their income in rent.

In New York City, the virus has hit neighborhoods with low median incomes the hardest, neighborhoods that many South Asian communities call home. In 2018, Pakistanis (27.7 percent) and Bangladeshis (27.4 percent) had the highest poverty rates among Asians in New York’s five boroughs, higher than New York’s overall rate (17.3 percent). South Asians are taxi drivers, convenience store owners, and salon workers, often supplying the city with the very jobs that are being lost. And yet, they are largely left out of the conversation — and, unfortunately, Uddin’s is still a rare case.

In early April, New York Governor Andrew Cuomo announced an eviction moratorium until June 16, mandating that no tenant could be evicted for missing rent. Yet, there were tenants in Uddin’s building who were unaware of this development. The notice wasn’t distributed in Bengali or other South Asian languages. Even those in Uddin’s building who knew about the moratorium were struck by fear — what might happen after three months of missing rent payments with their “notorious” landlord?

Zohran Mamdani, who is running to represent New York’s 36th district in Astoria, links this chasm to inadequate South Asian representation in local government. Asian Americans have the starkest inequality rates of any demographic in the United States, and policies often ignore the unique issues that plague those that don’t have as much money.

“I firmly believe that we do not have a government that works for our communities,” said Mamdani. “South Asians are 3-5 percent of New York, and there is no South Asian at any elected level in New York City.” It’s one of the reasons behind low voter turnout, explains Mamdani — according to his calculations, in Astoria, just 9.4 percent of South Asians turned out to vote last year.

Inadequate representation can have a cascading effect, making it difficult to pass resolutions that work for neighborhoods as diverse as those in New York. Landlords don’t always own multiple buildings, like Uddin’s. Richard David, a district leader in South Ozone Park, explains that in his neighborhood, many South Asians opt for affordable rooms in basements or guest rooms of private homes. They aren’t dealing with deep-pocketed landlords who own dozens of buildings — and their landlords depend on rental income to survive.

“In my neighborhood, canceling rent is particularly problematic,” said David, explaining that many of the landlords in his neighborhood are also South Asian, which creates a more comfortable environment for renters of the same demographic. They have intimate relationships with their tenants. “Many landlords are people you literally live with. They’re not corporate apartment building people. Rent is their only source of income.”

Landlords make money passively, which means they can’t receive the small business loans disbursed by the CARES Act — it focuses specifically on “active money.” Instead, David, like many others, emphasizes that there needs to be a more nuanced solution than a wide ranging rent freeze. Some say that the government should cancel rent payments and reimburse landlords based on the number of units they own, with those renting private homes receiving relief while those who own multiple buildings may receive no relief at all.

“I work as a foreclosure prevention housing counselor with predominantly South Asian homeowners across Queens,” said Mamdani. “The binary of pro-tenant or pro-owner is a simplistic analysis of what’s going on. The focus needs to be on the corporate landlords, but the binary allows the wealthy to escape without any kind of accountability.”

And the conversation has made its way into the government, though it hasn’t gotten too far. Some New York senators suggested canceling rent altogether for a few months. However, Cuomo has not supported their demands, claiming instead to have solved it with his eviction moratorium and mortgage freeze.

Meanwhile, much of the work has been outsourced to NGOs like Chhaya. Relying on NGOs to benefit South Asian communities is common in New York’s history, explains Sophia Qureshi, the director of communications at South Asian Americans Leading Together (SAALT).

She hearkens back to older strikes — like those supported by the New York Taxi Workers Alliance. In 2017, the taxi workers protested President Donald Trump’s 2017 refugee ban by refusing to pick up passengers from New York’s John F. Kennedy Airport. In 1998, the New York Taxi Workers Alliance supported an estimated 98 percent of New York’s taxi drivers in protest against the Taxi and Limousine Commission. “Taxi workers weren’t striking with other South Asians, but it was with their class, and that helped,” explained Qureshi.

Qureshi adds that there’s one new factor — protests have increased in frequency with a new, more urgent need for South Asians to move into outward political action. “In the last year, because of what’s happened in India and Kashmiri and the Hindu right, there’s been more South Asian organizing than ever before,” Qureshi said, referring to the widespread protests against India’s Citizenship Amendment Act and abrogation of Kashmir’s autonomy. “Covid is just hitting our community in such different ways, whether they’re medical professionals on the frontlines or service workers.”

The desire to protest hasn’t gone unnoticed. Rima Begum, a tenant organizer at Chhaya who is supporting Uddin as she moves her building into a strike, emphasizes the unique importance of the moment. “Before this, many immigrants would have said no to a rent strike,” said Begum. “It’s taken a crisis to understand political power.”

There is also the plain fact that there are more South Asians in the United States than ever before. With greater numbers come greater political power.

“The South Asian community as a whole is the fastest growing part of not only New York, but also within the Asian community,” said Howard Shih, the director of research and policy at the Asian American Federation.

Shih links New York’s growth directly to diversity immigration visas, which aim to diversify America’s population by granting visas to immigrants from countries with low representation. Twenty years ago, those visas were given to Pakistanis, explained Shih. Ten years ago, they went to Bangladeshis. Most recently, these visas went to those from Nepal and Bhutan.

These numbers should be reflected in government, emphasizes Mamdani. “Working with Chhaya has shown me just how much necessary work is outsourced to nonprofits that should be at the state apparatus,” said Mamdani.

Until then, the responsibility lies with those like Uddin and the organizations that support them. “One tenant went ahead and paid on credit after the landlord recommended it,” she remembered. “He’d asked for partial payment, the landlord pushed for credit. I explained the eviction rule to him, but he paid anyway. He was scared about what the landlord would do. But when he came and told me, I talked to him about taking on debt, and the new interest payments. We reversed the payment at the bank.”

Uddin is positive. She tells me that her efforts will not go unrecognized. “Yesterday, I saw Ilhan Omar on television speaking about the rent strike,” she said. I can hear her smile through the phone. “It made me feel happy to see that. I have faith that Governor Cuomo will see how important it is to stop rents, and that he will be there for us.”